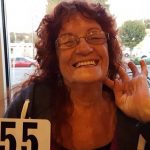 LECTURE:  Where To Go & When: Relocation & Travel Charts

Sandy will combine two similar areas of astrology by looking at both Relocation Charts & Travel Charts.  The Relocation Chart assumes that you were born at the same exact moment in time, but in a different place. We will talk about an easy way to estimate it in your head, as well how to verify the accuracy of a Relocation chart calculated by your software. This chart will show how the changes in the environment can affect your natal placements, i.e. ‘who you are’. For example: If you were born to be a marine biologist, but born in the middle of the Sahara Desert, you might want to look into this! NOTE: This is NOT a replacement for your Natal Chart, but rather, an overlay.

Travel Charts are a branch of Horary Astrology, a chart for the moment (hora/hour), to assess the nature of the journey. Many of life’s disciplines teach us that ‘Timing is everything!” and Astrology is no exception. Basic Horary rules apply, but we will add-in the house and planetary rulerships that are specific to travel. From choosing a plane flight to navigating a snow storm, these charts are likely to become second nature to you.  A certain amount of synastry is necessary too, keeping an eye on your personal placements and where they fall in the Travel Chart. This is a chart of transits, after all, and so the Angles & Aspects in this chart overlay your own.

Bio:
Sandy Hughes has been a dedicated metaphyscial practitioner since 1977, a professional astrologer, consultant and teacher since 1979. She began lecturing in 1981, co-founded Universal Search, a branch of the Fraternity for Canadian Astrologers in 1982, and was the active president for the next three years. She organized her first national conference Northern Lights, in 1985, and lectured in Seattle at the NORWAC conferences for 13 years, while Pluto was in Scorpio.

Sandy worked at Phoenix Metaphysical Books for 19 years, coordinated three annual symposiums in the 90’s, and then held monthly workshops for over 20 years. Sandy was first published in 1992, and continues to promise ‘her book’. She also loves the distraction of her 5 grandkids!

Astrology for the Soul is Sandy’s specialty: “If your Soul is not happy neither are you.” She has a special love of Chiron & the Asteroids, and her study of various spiritual disciplines enriches her perspectives and has helped her develop her unique counseling skills. Consistent application of the principles she teaches is the crux of her success, as synchronicity & symbolism have a say in everything she does. By truly living her craft on a daily basis, she has honed her skills to a fine art. Sandy brings an impressive depth to her work and has a long-standing, enthusiastic, international clientele.
(Birth data: Jan.26, 1946, 1:00am EST, Neptune, NJ, 74w02, 40n13)

The 70’s was a rich decade of discovery & hope, encouragement & Love, following the revolutionary breakthroughs in consciousness of the 60’s. The first four asteroids (Ceres, Pallas Athena, Juno & Vesta) were discovered in the early 19th century (1801-1807), but we never had an ephemeris for them until the mid-1970’s – amidst the Women’s Lib movement! Lo & behold, it turned out that these Four Feminine Archetypes just happened to represent the four distinct roles women have played in our lives throughout history! And now we could place them in our charts! They immediately revealed their usefulness by seeming to wave a flag at characteristics or predilections that might otherwise be ignored or not seen as so relevant. An asteroid on an Angle or conj a planet suddenly jumps to centre-stage to be noticed. Many shades of interpretation can be altered with these welcome additions to our horoscopes.

Chiron is another matter, but still a product of the 70’s. Discovered on Nov. 1, 1977, we were suddenly made aware of another new messenger in our skies, and this one of huge proportion.  Chiron’s elliptical orbit comes closer to us than Saturn’s, and at its aphelion is farther away from us than Uranus!  How is that for a bridge from the old (Saturn) to the new (Uranus)?  His story may be shocking, but his essence is our Inner Shaman, who bursts forth when the time is right, especially at the Return (~51 yrs). Much like the Saturn Return brings us to a plateau of physical maturity, the Chiron Return signals a maturity of the Soul and ignites the higher chakras. His goal is Holism (Animal, Human & Divine), and I see him as Ruler of the Mutable Cross. Bring your charts.

Everyone interested in astrology is welcome to our talks and workshops. Our Talks begin at 7:30 pm - 9:30 pm at ANVIL Centre, 4th Floor, Rm 417, 777 , Columbia St., New Westminster, B.C. Before the talk, we gather for dinner, 5:00 pm onward at The Old Spaghetti Factory Restaurant, located at #50 – 8th Street, New Westminster, BC.

Our membership and renewal applications are online as PDF documents. You can pay for your membership with PayPal by clicking the Pay Now button. Or you you could choose to donate...